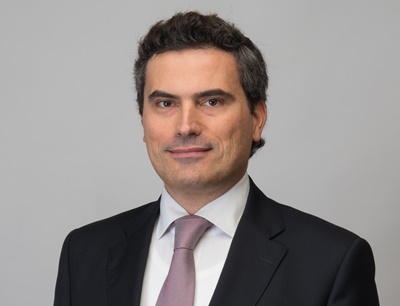 “Value is the set of utilities for that resource, not just a monetary sign”. With this holistic view of what the oceans represent for local communities, Professor Miguel Marques, from Coimbra Business School, began his presentation at the Inaugural Class of the Ocean Engineering Program (PEnO) of COPPE|UFRJ, this Monday, 18 March, which addressed the theme “The value of the sea – an integrated view of Brazil’s ocean resources”.

The professor pointed out that little is known about the oceans, especially at great depths. “Every point in the ocean is different. Depth, wind, current. It is as if there is a specific identity for each point. And even though the sea was all the same, each one sees it according to his perspective: surfer, fisherman, oil engineer. To know the value of the sea, we have to see the way in which the community sees it and beyond the traditional use that is made of it ”, warned the economist graduated from the University of Porto.

Leader of the PricewaterhouseCoopers (PwC) Portugal Center of Global Excellence for sea matters, Miguel defends the thesis that the oceans should be understood from an integrated view, which allows their use to benefit all parties interested parties. “The mouth of the river is where the young fish are born, but they also serve as natural moorings. If the strongest prevails, it will be a mistake. It is necessary to have an integrated vision. Value is the set of utilities of that resource, it is not just a dollar sign. Are we here to leave a better or worse world for the future? ”, He asked.

In his evaluation, the concept of integrated vision, among other things, means mutual gain. “It is doing what the Norwegians do in Bergen, in which the customers of the shipbuilding industry are received with salmon tasting and there are sale of ship tickets to visit the salmon farms”, exemplified the professor.

According to the expert, although the European Union countries have devoted special attention to the oceans, approaching the area in a qualitative way, the continent has been losing participation in the sector, which has been dominated by Asian countries. “The sea generates 2.5% of the wealth produced in the world. Asia already concentrates around 60% of the market, while Europe and the Americas lose space. Seven of the ten largest ports in the world are Asian, such as Singapore, Shanghai and Guangzhou. Japan, South Korea and China dominate the shipbuilding, maintenance and equipment market. In turn, China, India, Bangladesh and Pakistan lead the ship demolition and dismantling market. Europe continues to play a leading role in offshore energy generation, with the United Kingdom, Germany, the Netherlands and Denmark being the five largest producers, and China among them, in third position, after Germany ”, contextualized Miguel Marques.

Miguel considered that, although the European Union’s internal rules are worthy of praise, there is no merit if predatory exploitation and pollution are moved to other regions of the planet. “Europe has a very high-quality policy for the sea, but there is no point in taking care of our garden and destroying the garden of others. We cannot clean and preserve our seas and pollute the coast of Pakistan”, he emphasized.

The professor also pointed out that the sea economy is resilient, suffering less from the impacts of economic crises. “Between 2010 and 2013, Portugal’s GDP fell by 5%, but the economic sectors linked to the sea grew by 2%. The sector lost jobs, but it was about 1/3 of the contraction of the labour market in general”.

Part of this positive result is due to aquaculture, whose production volume has approached that obtained by traditional fishing. “The middle class is growing all over the world and it consumes more fish, because it is healthy. Portugal already exports more fish than wine ”, said the professor, although he regretted that Portugal and Brazil do not have large fish stocks due to their deep waters. “The Portuguese fished cod in Greenland and Norway. We had more sun, and drier it lasts longer than in Norway ”.

In the debate that followed the class given by Miguel Marques, Professor Floriano Pires, from the Ocean Engineering Program at Coppe, brought the theme to the reality of the state of Rio de Janeiro, where geography combined with the existence of universities, training centers military and technical, in addition to abundant natural resources, would allow the formation of a cluster of dynamism and industrial complexity.

“Rio de Janeiro, unfortunately, despite its potential and vocation, there was no effective and articulated action to mobilize this development potential. The recent sectorial policy meant that the investments of the shipbuilding industry were spread over several places in the country, and this did not work. “

But the intelligence and the superstructure have remained here. A requirement to develop such clusters is to have “anchors”, such as the Navy, Petrobras, research centers, universities and technical training. Rio’s vocation is the knowledge economy ”, highlighted Professor Floriano.

Professor Segen Estefen, also from Peno, agreed with Floriano’s view of Rio’s vocation for the shipbuilding industry, but he considered that this sector depends a lot on domestic demand and political cycles, which will prioritize shipbuilding or not domestic. In addition, highlighted Segen, “the knowledge of deep water places Brazil in a prominent place in the international scenario. Brazil has a stock of knowledge that can be valuable for the economy of the sea and can be at the forefront of different sectors, one of which is ocean renewables, be it offshore wind, waves, currents, or temperature gradient ”.

Coppe’s Director of Technology and Innovation, professor Fernando Rochinha praised the lecture given by professor Miguel Marques, and the book organized by him, and correlated both to Coppe’s goal of training students capable of promoting scientific and technological innovation in an area of ​​such transversality and interdisciplinarity.

“The lecture gave a holistic view of how the sea can participate in our lives, and the book deals with very dense subjects in a very harmonious way. My concern, as Director of Technology and Innovation, is to make innovation something from day to day. It is to reflect on the formation of the student who will work in an area that requires such integration of knowledge”, pondered Professor Rochinha, emphasizing that Coppe fulfills its role, by creating laboratories (more than 130), incubators, interaction with research centers. research in the Technological Park, leading to a change in the way of teaching Engineering, promoting critical capacity for articulation with other disciplines.

After the Inaugural Class, the book “The value of the sea – an integrated view of Brazil’s ocean resources” was released, the same theme as the Class, organized by Professor Miguel Marques, by Professor at the Escola de Guerra Naval, André Panno Beirão, and journalist Rogério Raupp Ruschel, in which models of sustainable development of sea resources are presented. The book features interviews with professors of Ocean Engineering at Coppe Floriano Pires and Segen Estefen; from the director of Technology and Innovation at Coppe, professor Fernando Rochinha.